On The Edge Stories and musings from a professional stunt man 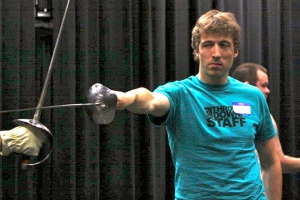 His credits range from monsters to serial killers to your average guy falling down a flight of stairs. He has directed fights for Tony-Award Winning theatres, and your local everyday four-man shows.

He believes in hard work, preparation, dedication, and pretty much just being a badass.